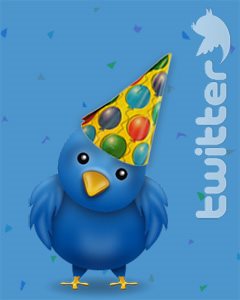 Believe it or not, people have been “tweeting” for five years now. Yes, the bird sound that has become a way of life for many, a lunch time distraction for others and a means of coordinating large groups of people to revolutionize political situations or to unite in times of despair turns five this month.

City maps and taxi cabs
As a child, Jack Dorsey, the inventor of Twitter, had a fascination for taxis, police cars and trains. He collected all types of maps and soon began to program the path of emergency vehicles using an IBM PC Jr.

After dropping out of university and bouncing between jobs, Dorsey suggested to his current employer that the company create a means of allowing people to use their cell phone keypad to write a short message with reference to their whereabouts. The messages would then be transmitted to those who wanted them. The messaging system was Dorsey’s way to “add a missing human element to the digital picture of a pulsing, populated city.” [1]

The idea, based on the way that taxi drivers and dispatchers relayed information to one another, was launched in 2006. This initiative gave birth to Twitter and the rest, well as they say is “history”. Unbelievably, five years later, “Twitter”, “tweeting”, “tweets” and “Twitterers” will not only be a part of Internet history, but the words have been integrated into our language.

Twitter has not only gathered interest amid Twitterers, but rumour has it that Google casually offered to purchase Twitter for $2.5 billion; another Twitter shareholder has said that a different offer of $4 billion, from an undisclosed budding buyer, was also turned down. Not bad for an informal messaging idea!

Dorsey’s creation which started with a childhood passion is today a tool that is altering communication practices worldwide. It’ll be interesting to see what Square, Dorsey’s latest tech idea, an up-and-about credit card payment platform, does for the payment industry.