How Google will beat Facebook at the social game 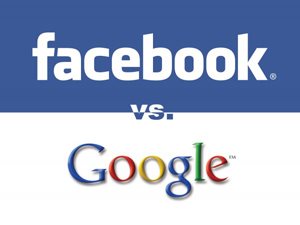 Today Facebook is rumored to be announcing the release of an email product being dubbed by some as a “G-mail killer”. It's just the most recent example of head-on competition between the two web titans. Some people are imagining scenarios where Facebook actually conquers Google and takes over the Internet.

That would be an incredible feat indeed, but how can Google protect its empire? The situation draws interesting parallels with the history of another industry. There was a time when some analysts falsely predicted that 3 gaming consoles, offered by Sony, Nintendo and Microsoft, could not all survive in the market. But they did; and it was due in part to platform exclusive games. As it turns out, people couldn't live with just one console - so they bought more than one.

If there is a kink in Facebook's armor, it's that they don't actually control one of the most addictive elements of their network. “Farmville” and other games, no matter how annoying to non-players, bring millions of visitors to the site.

By offering exclusive social games, Google could strengthen it's social network. It's the “killer app” that carries the platform. And indeed Google seems to be aiming for that weakness. In august, Google bought a game company (and invested a significant amount in the company behind “Farmville”). It fits into a pattern of strategic acquisitions that will be rolled into the company's second attempt at social networking called “Google me”.

Facebook needs to seize the opportunity, and be more prepared and ready to address this strategic weakness. Game companies are constantly required to keep releasing hits because people get bored of them quickly. Facebook needs to be preparing the next generation of games itself; not counting it up to any 3rd party to do it for them (especially not one partially owned by Google).

It needs to take control of this critical aspect of their long term survival. So perhaps it should be focusing its energy on the competitor within. But how can that be done without upsetting the developer community?

Nobody said growing up would be easy!