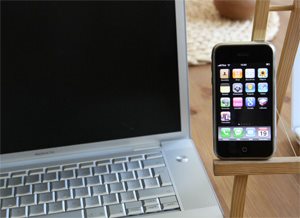 The good news: our beloved metropolis is getting more ways to access the Internet wirelessly. The not so good news: they're all coming from the same old companies.

The dominant big four Internet providers are partnering up to bring wireless Internet to the Montreal Metro by 2013. But oligopolists working together isn't exactly news.

What caught my attention was that the new wireless Internet standard called “LTE” being implemented around the world, has finally arrived in Canada. Bell was the first to bring LTE to Canada by introducing it in Toronto earlier this year. However it's Rogers that brought it to 3 Canadian cities, including Montreal.

Trying to make sense of the alphabet soup of mobile Internet access methods is beyond the scope of this article. But you should know that it's considerably faster then the familiar 3G, and it even matches or surpasses that of Wi-Fi. Super fast mobile Internet should be great news for a geek such as myself. Then I read the fine print: fairly high price with a ridiculously low data cap. Wow! Now you can bust your limit four times as fast!

Although it's transparent to users, LTE is actually incompatible with 3G and requires another spectrum to operate. It is no coincidence that Rogers is currently lobbying the government to get access to more of the spectrum soon to be up for auction. The Canadian government plans on excluding the big 4 from part of the spectrum in order to let smaller players get access at an affordable price. Thus introducing more competition and hopefully lowering prices for all Montrealers.

Canada already has some of the slowest and most expensive Internet in the world. This isn't likely to change unless there is new competition introduced. The worldwide fiber optic backbone that connects us to the world wide web isn't the issue, it's the same for all providers. It's the “last mile” that brings it into our homes that makes infrastructure costs prohibitively expensive for new companies. That's why wireless is such a game changer.