Quebec to Google: “We're just not that into you” 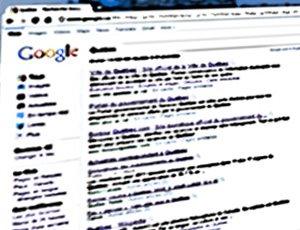 Montreal has a small Google office, but according to the Montreal Gazette had the opportunity to host a major data centre. Unfortunately, the deal fell through decisively after a talk with the premier of the Province.

On January 6th 1978, Sun Life, Canada's largest insurance company, announced it would move its headquarter from Montreal to Toronto. Then Quebec Finance Minister Jacques Parizeau called them the "worst corporate citizen in the province". At the time, eight hundred white collar jobs were affected by this clash of business and politics. Unfortunately that would not be the last time politicians bungled Montreal's economy. More recently, corporate and government disconnect came from the opposite end of the political spectrum.

According the the Montreal Gazette's source at Google, the search engine almost set up shop in the West Island. They also state that Sergey Brin (co-founder of Google) and Jean Charest spoke directly. But the premier said, possibly paraphrased, that “it wasn't in Quebec's best interests to entertain having a Google data centre presence in the province”. That marked a definitive end to over a year of serious negotiations with the province. It's unclear how many high-tech and white collar jobs were lost to the city this time, but judging by the 30 acre piece of property Google was interested in, it was likely to be a substantial amount.

Meanwhile, in Kitchener (Ontario), Google opened a 34 thousand square-foot office. And of course it came with all the usual Google perks, games, workout area and free food. Since 2005 the city went from 3 engineers on Google's payroll to over 100.

That might give the city, and province, a rough idea of what was lost.