Tech winners and losers: predictions for 2012 and beyond 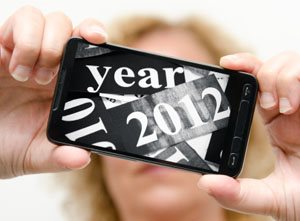 Making predictions in the IT sectors can be relatively easy, or incredibly hard depending on how one foretells. The easiest way is to look at what industry leaders have in store for us this year in terms of product launches and company directions. Once we've read up on public announcements, it's simply a matter of guessing if they will be a success or flop. Another method is to take a look at current trends, and extrapolate those statistics for another 12 months. Finally the most difficult but exciting method is to try and guess what companies will be disrupted by new technologies, and how the big players will be forced to react due to external pressures.

The Facebook IPO will go off without a hitch

Let's start with a safe bet. The writing is on the wall: Facebook will finally be going public this year. I'm not a stock market expert by any stretch, but I will make a recommendation that you can take with a grain of salt. Don't buy this stock unless you're in it for the long term. 2011 saw a number of social media companies go public, starting with LinkedIn. The LinkedIn stock saw a huge “pop” after launch and that angered many experts. It was seen as another theft by high finance that should have gone directly into LinkedIn's war chest. That IPO was followed by Groupon and Zynga most notably, which hit the mark and didn't see much increase the day of launch (in fact both are trading below IPO levels already).

Therefore we predict Facebook to be “fairly” priced and will not see a big pop. So if you want to dump your stock quickly, forget about it. It might even close lower than the initial price after a few days. But then again, who knows, this will be the most exciting IPO of the year! So make your own decisions, and take a chance if you think this is a winner. After all, many analysts said Google's initial share price was overvalued too; and we now know how wrong that prediction was.

With that said, we do think Facebook will make and good long term investment. We also think it will usher in a return to sane start-up valuations and post tech-bubble style investing. So yes, we're saying the party isn't over, but investors will take a more sober look at opportunities.

Android will become the new Windows

And I mean this in the most complimentary way possible. Android will dominate the mobile operating system space at the same level windows enjoys currently. Apple's lawsuits will have little to no effect on the growth, many workarounds are all ready implemented. In fact as one analyst stated, this scorched earth strategy will actually be harmful to Apple and is really squandering hugely profitable amicable licensing opportunities.

Eventually, all these number will resemble desktop operating systems today where Android = Windows (85%), iOS = OS X (15%) and Blackberry = Unix (5%). Other operating systems will become completely marginal (Windows, WebOS, Badu and OpenMoko). Blackberry will retain a good part of the security conscious enterprise sector, much akin to Unix. Apple products will grasp the high end consumer sector, and Android will become the every-man's OS. The rest will stagnate into oblivion.

This one will happen later in the year, but it is inevitable. You can't be Windows without viruses (cheapshot I know, I almost feel bad as I write this on my Windows 7). Once cell phones start accepting payments, virus makers will become very interested in mobile malware. People will grow very tired of low-level access apps and will opt for sandboxed HTML5 apps whenever possible.

Mobile OS makers will lose their grip on their propritary software development kits as developers due to incompatibility fatigue, and switch to open platforms. HTML5 killed flash in 2011, it will hurt app stores in 2012. Of course this all depends on an easy to use open app store. Mozilla is the only entity that can really step and take the lead.

Check back next week for more predictions!