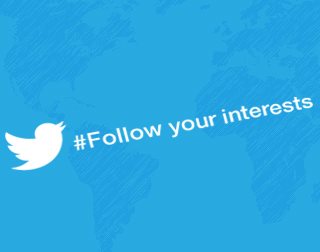 The US patent office awarded a very broad patent to Twitter this week, securing the social media leader's long term future and continued success. Twitter is now, more than ever, a safe place to invest time and money building an audience for you brand.
The patent entitled “Device independent message distribution platform” was filed almost 5 years ago, but was only awarded this week. A redacted excerpt of the patent reads:
So I guess that sounds pretty close to a description of Twitter; but if we had asked a lawyer to describe the platform using jargon! In laymen's terms, Twitter has essentially received a patent for “following”. Therefore there can never be another “Twitter” that works the same way. Legally speaking they could challenge Facebook's “like” button for fan pages, or Google's circles. But even though this patent has the potential for huge repercussions on other social networks given its broad nature, Twitter has stated that the patent is for defensive purposes only.
All this really means for the average business owner is that Twitter is technically the only place where you can broadcast status updates to your followers. The lesson to take away from this is simply that Twitter is a safe place to put your marketing efforts since it will definitely be around for the foreseeable future.
7 Quick Tips to Gain More Followers
Coincidentally, it is also Twitter's 7th birthday! In honour of that fact and the bright future that lies ahead, here are 7 tips that will help your brand build more followers.
Need help ganing more followers? Call Adeo to learn about our social media services (or follow @adeomarketing on Twitter for tips and tricks)
Tweet
Recent posts
Content Calendars 101
The Importance of Infographics
Influencer Marketing: Why You Need It
Follow us on Facebook!