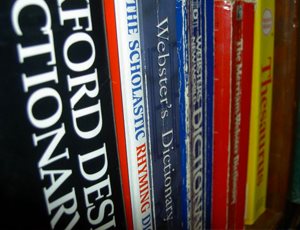 Google and Wikipedia’s parent foundation have strikingly similar mission statements that pertain to organizing our collective knowledge. But which company does a better job?

Google's mission “to organize the world‘s information and make it universally accessible and useful” is well known to many. Wikipedia’s parent foundation has a mission statement that is strikingly similar. It reads: “to collect and develop the world's knowledge and to make it available to everyone for free, for any purpose”.

Despite such similar goals, there isn't much love loss between the two. Wikipedia is frequently featured at the top of Google's search results. The only sign of head-to-head competition has come in the form of Knol, a Google project that didn't receive much initial enthusiasm. Today, Knol resembles Articlesbase more than it does Wikipedia, and is not a top web destination. Wikipedia feels like a large comprehensive work, Knol feels like an redundant mishmash of short works.

Admittedly, Knol is not a significant Google project. But their primary technology, the search engine itself, suffers from similar issues. Some people have complained that the overall quality of search results has actually gone down over the years. Most people blame Google's inability to remove spam from its index. But the reason might be more cultural than technological. The “duplicate content filter” in particular actually encourages duplicate content. Whether it's real or not, most people try to avoid it; and many do so by re-writing the same basic information. This leads to many sites saying the same thing, slightly differently hoping that Google will pick the best version.

Wikipedia on the other hand actively merges and purges articles. A completely different approach to quality.

Google needs to find an automated way to embrace and encourage collaborative content. Otherwise, it risks doing harm to its stated mission by lowering the overall quality of content found online.