Apple owns the mobile web, but Google is stalking

As it stands right now, Apple is the unrivalled king of mobile browsing. The iPhone surprised everyone as it leap-frogged over RIM and other established competitors by dominating the market-space with a new device. However, Google Android seems posed to repeat history by closing the gap on what once appeared to be an impossible lead.

Apple unveiled the fifth generation of its Safari browser this week. Unfortunately it left some analysts unimpressed as the feature set announced was essentially playing catch-up with other desktop web browsers. Safari certainly made headlines this week, but Google chrome had been stealing the spotlight previous to this grand unveiling. And although both can claim only a small percentage of the browser market, Chrome had already surpassed the more established browser it in terms of user adoption.

But the lack of success in the desktop web browser space does not apply to the mobile web where Safari is still king; and it is not hurting Apple financially at this point. In fact, the company shocked many when it overtook Microsoft in terms of Market capitalization last month. What's fuelling the company's stock is not Macs or Safari: it's the iPod, iPad and especially the iPhone. Everyone recognizes the huge success of Apple's phone, and how it has transformed mobile web browsing.

Unlike in the desktop market where Apple is a much smaller player, the company was able to grab a significant market share of the mobile sector. Their meteoric rise continued through the recession and met no significant challenge. That is, until recently when Google killed their direct-to-consumer strategy for their Android phones.

Google is now biting directly into Apple's sales and showing clearly competing trends in mobile web browser usage stats. Fortunately for web designers, who can struggle with different browser incompatibilities, the two have agreed on at least one point: their desire to promote HTML5. So in the end, consumers will benefit from this healthy competition. 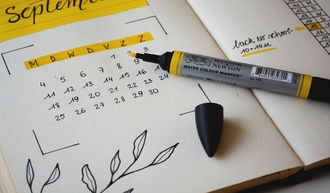