The state of net neutrality in Canada 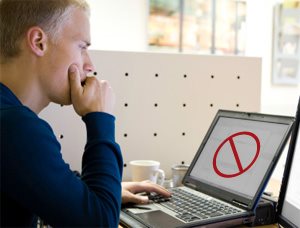 Lobbyists from the entertainment and telecommunications industries have been pressuring the Canadian government for years for the right to put a stranglehold on the Internet. So far their efforts have been not been entirely successful. They do not have complete freedom to bring select parts of the Internet to a crawl, but they have been relentless in their mission.

What do they want exactly? They want no limits on what restrictions they can place on Internet access.

As it stands right now, the Internet and the web is a commodity. When you get access from one Internet provider or another, it's the same Internet for everyone. Of course there are largely arbitrary speed limits, and different levels of reliability, but it's practically identical. What they seek is the cable-ization of the Internet. In their grand scheme you no longer have access to any .com site, but will have to buy packages of sites. The rest will be inaccessible or painfully slow. Think “social media” package (Facebook & Twitter) for $9 a month, or entertainment package “YouTube/Netflix” for $20, or the gaming and IP phone package. Of course you would have unlimited access your specific Internet service provider's wonderful web destinations (Sympatico home page for example).

Great business for them, nightmare fuel for the rest of us.

Although the difficulty in finding a competitive advantage plays a part, it's not their main reason for fighting net neutrality. The problems with these huge telecommunications companies is that, although they are making more money than ever from providing Internet services, it's being achieved by cannibalizing their traditional profit centres: cable service, telephone service and media. The increased demand on the Internet is also requiring upgrades to their network . They desperately need to slow the growth, and make the Internet less useful in general, thereby crippling scrappy start-ups like Netflix and Vonage. They want you to stop playing X-Box and browsing Reddit, and go back to watching TV and reading the newspaper like we all used to do.
We can score one for the good guys this week however: the CRTC told Rogers to stop slowing down the speed on online games. Still the CRTC has been largely ineffective in the job it was created to do: completely shutting down any notion of anti-competitive behaviour by the telecommunication giants. The CRTC holds a number of former private telecommunication amongst its ranks, making this look more and more like a case of regulatory capture every day.

Earlier this year, Bell Canada attempted to impose its fair and balanced sounding “Usage Based Billing” plan on resellers. The plan was first accepted by the CRTC then sent back to the drawing board due to public outrage. It has since shelved due to the election. But you can expect it to be back on track shortly under a new brand name, so it's up to all of us to be vigilant. Expect another update on this when this proposal is inevitability tabled again.
Until then, stay up to date openmedia.ca